Throughout the lockdown conditions of 2020, I unexpectedly found myself writing, designing and publishing Gerry Anderson/TV21 fanzines, initially for my own amusement. They’re made under the moniker Unity City Press and are entirely free for you to download and enjoy below. Produced initially to pass the quarantine time and keep myself sane during the pandemic, they’ve since found themselves a receptive audience, hence I’ve kept making them. They’re rather spontaneous creations, which is my way of saying I don’t put too much thought into them… There’s currently over 100 pages of supersonic material for you to sink your teeth into!

My first publication, Secret Spectrafiles Exposed! is a non-fiction Captain Scarlet fanzine celebrating Captain Scarlet‘s TV21 adventures, complete with a mock TV21-style cover. The bulk of my fanzine output consists of the TV21 Digital Dossiers. Taking inspiration from the classic newspaper-style headlines of TV21 itself, these fanzines are made up of dramatic, action-packed front pages to classic TV21 story-arcs that never existed. They tell fan-fiction stories based on Fireball XL5, Stingray, Thunderbirds, Captain Scarlet, Zero X, Agent 21 and more.

These headlines from the worlds of tomorrow are neither beginnings or finales, but snapshots of imaginary stories caught in the midst of danger and excitment. You’re encouraged to use your imagination to envision how these stories may start and finish, and how Frank Bellamy or Mike Noble may have brought them to life with their incredible artwork. The headlines mostly function as standalone stories, but there’s longer story-arcs to be found scattered throughout, stories that place our heroes in the most thrilling adventures you’ve never seen in TV21.

Accompanying the likes of Spectrum and International Rescue are new characters and organisations, including the no-nonsense Detective X of the World Police, vigilante space rescue team the Solar Rescue Squad, espionage assassins the Enigma Duo and the reclusive yet dangerous underwater ruler Lord Arctica. New villains keep our heroes on their toes too, such as the destructive cosmic entity Black Star and the mysterious Foundation Zero. All you ever wanted to know about these new heroes and villains can be found in Century Zero, a fanzine that takes inspiration from TV21‘s annuals.

Making these fanzines has really helped in keeping my spirits up during these strange times and it’s even more flattering that others are enjoying them too. If you’re a fan of the comic book worlds based on Gerry Anderson‘s work, then I hope you’ll find yourself entertained by these fanzines. They’re written in that classic, breaking news attitude of TV21‘s front covers and ultimately serve as a homage and celebration of such an incredible comic. All of these fanzines are unofficial, fan-based works of pure nonsense, and should be treated as such. No copyright infringement is intended, but I still had a bloody good go. All of the characters you know and love are the property of ITV. All the characters you don’t know and don’t love are mine. 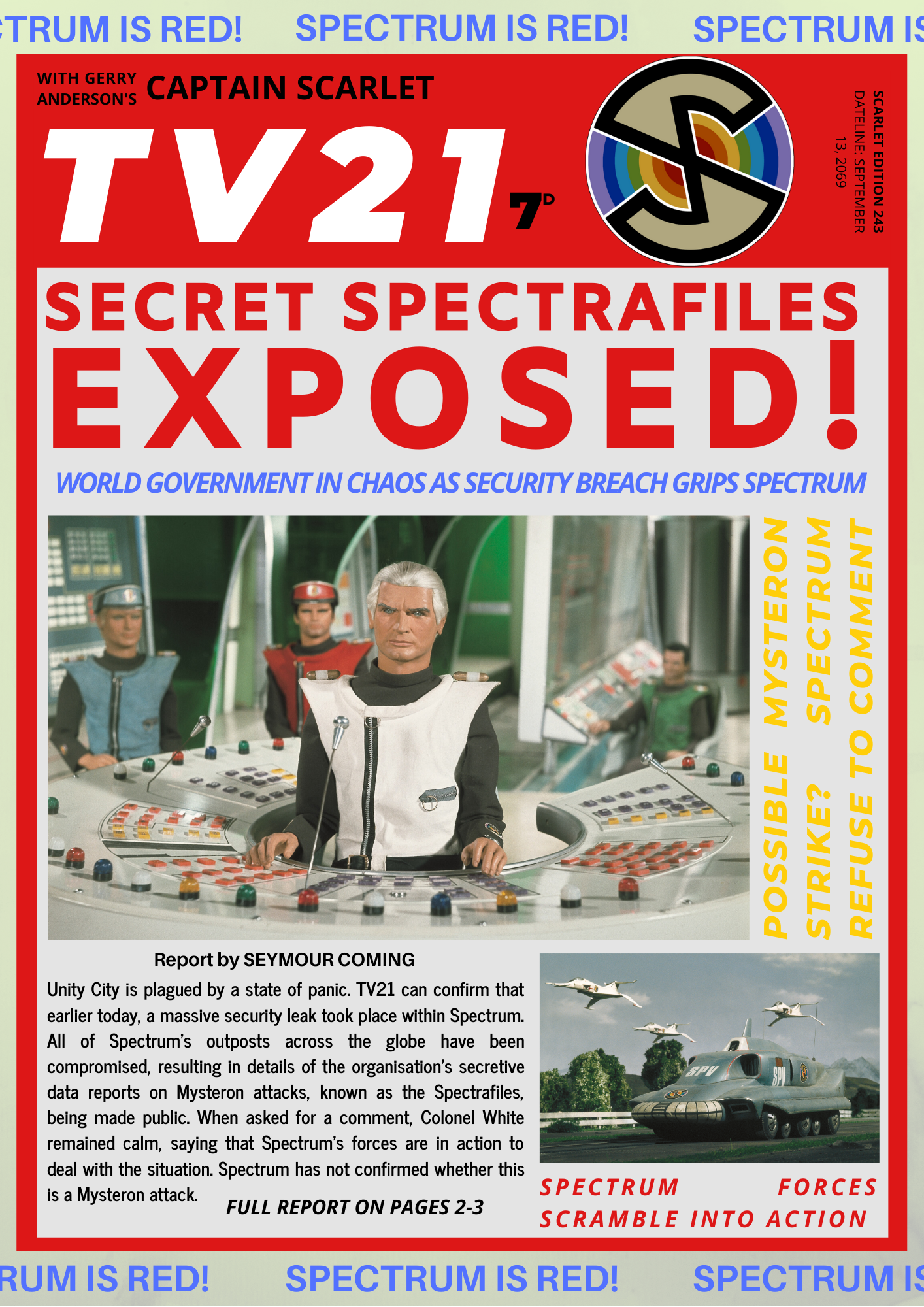 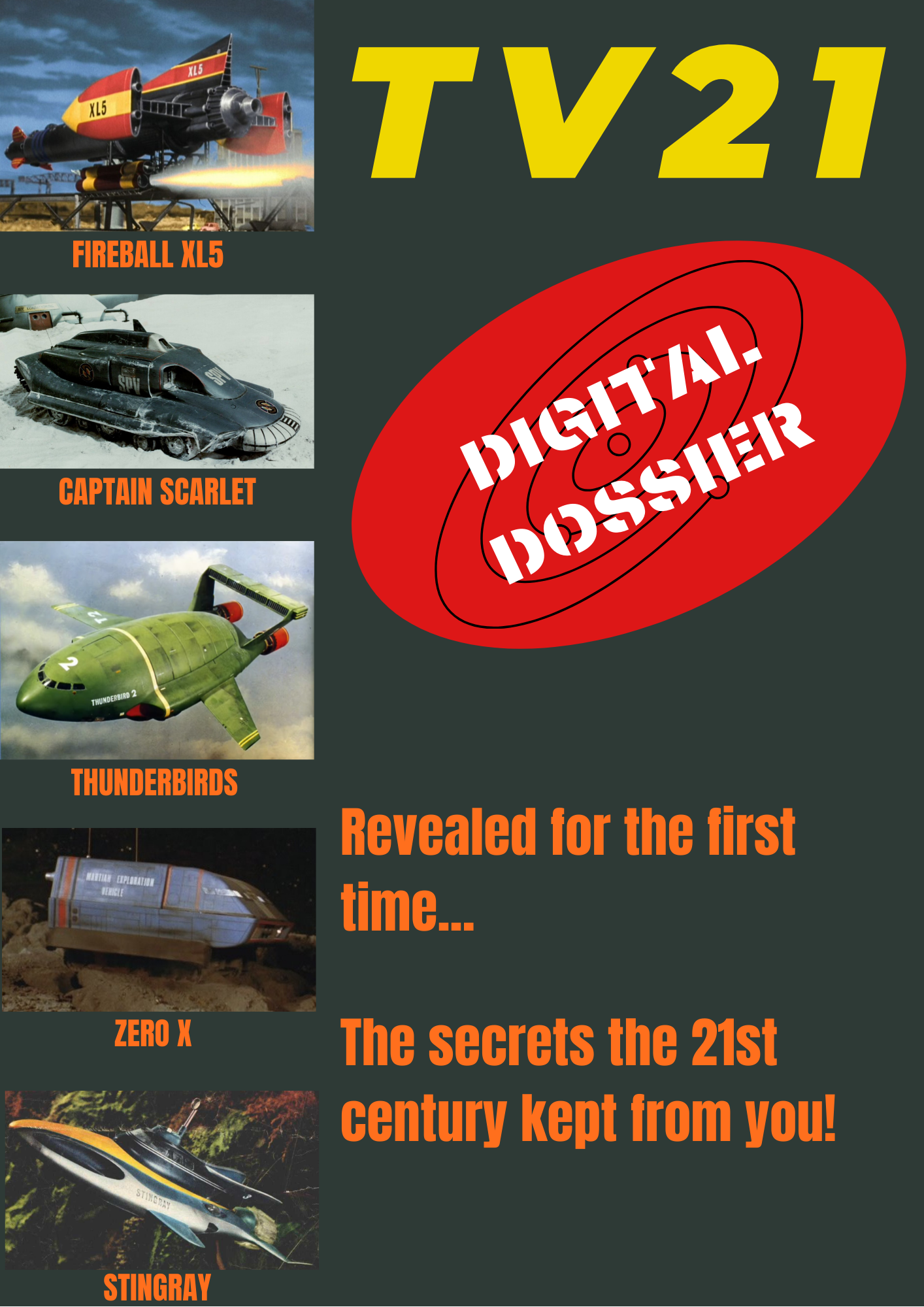 The first TV21 Digital Dossier (April 2020) is a 41-page collection of front covers to issues of TV21 that never existed. Picking up where the original comic left off after issue #242 (with the cover for Secret Spectrafiles Exposed! acting as issue #243), nearly each headline in the TV21 Digital Dossier tells a one-off, unique story involving Thunderbirds, Captain Scarlet, Stingray and more. Stand by for action! 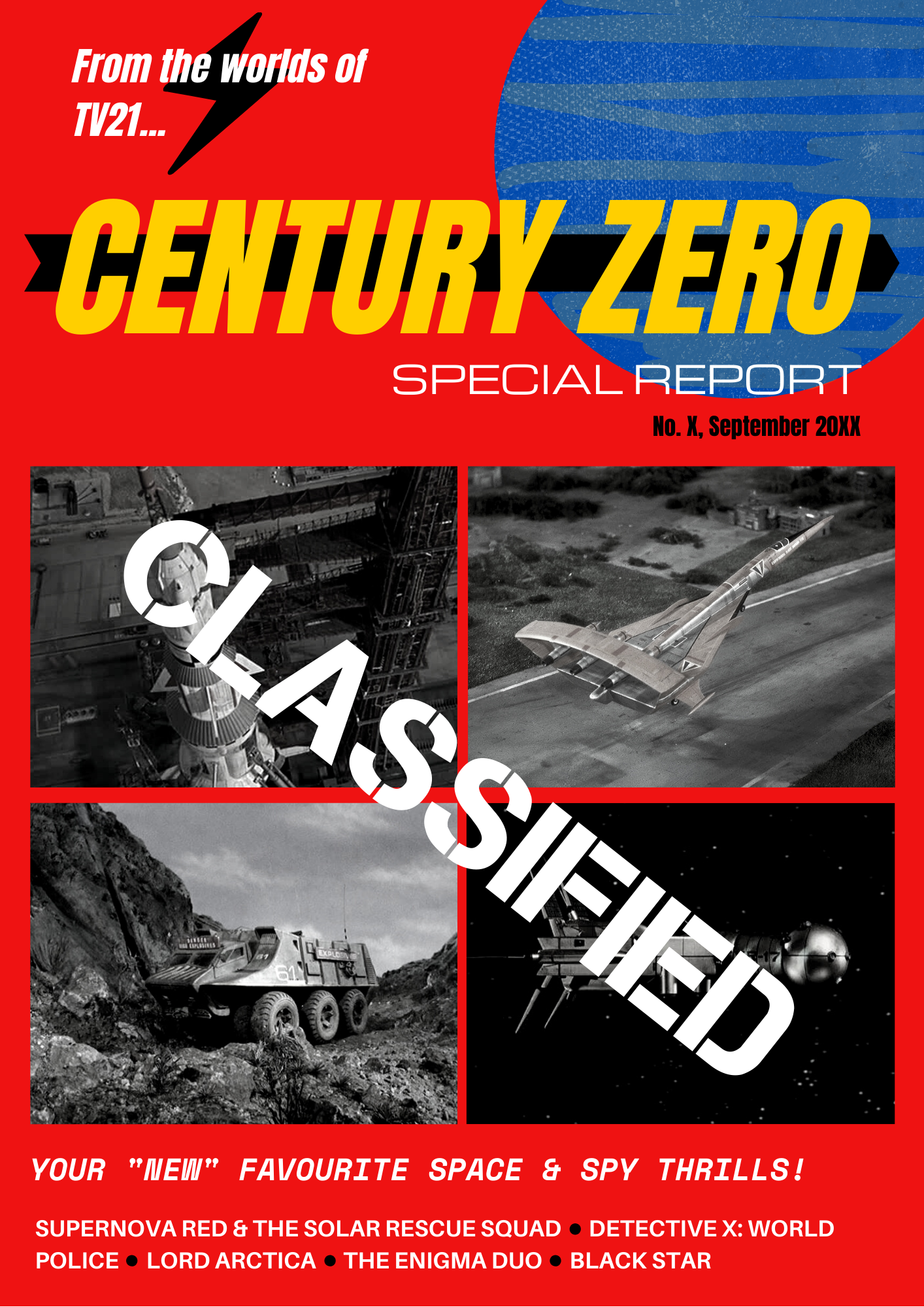 By popular and unexpected demand, the TV21 fanfic front covers return! New and classic heroes alike return for the 38-page TV21 Digital Dossier Vol. 2 (July 2020), a second collection of headlines from the worlds of tomorrow. This time however, told over the course of several, interconnected headlines, a strange and terrible threat emerges from the depths of outer space. Will our heroes survive?

The third TV21 Digital Dossier (November 2020) tells the epic story of Detective X, the Solar Rescue Squad, the Enigma Duo and Lord Arctica joining forces to battle the strange cosmic horror of Black Star, which has devastated the forces of International Rescue, the World Space Patrol, Spectrum and the World Aquanaut Security Patrol. This 25-page fanzine tells a single, cohesive story across its many instalments, truly embracing the serialised story-telling of TV21.

The TV21 Digital Dossier Vol. 4 (March 2021) sees the triumphant return of Fireball XL5, Stingray, Thunderbirds, Zero X and Captain Scarlet! Following on from the events of Operation Black Star, it’s back to action for our 21st century heroes. As rescues are performed and disasters averted across the Earth Space Empire, a fresh mystery unfolds. The elusive corporate entity known as Foundation Zero and its CEO Wayne Straker will soon have the world in its grasp. In this 36-page fanzine, our heroes must once again unite to save the world from a destructive fate as the explosive truth behind Straker is uncovered! 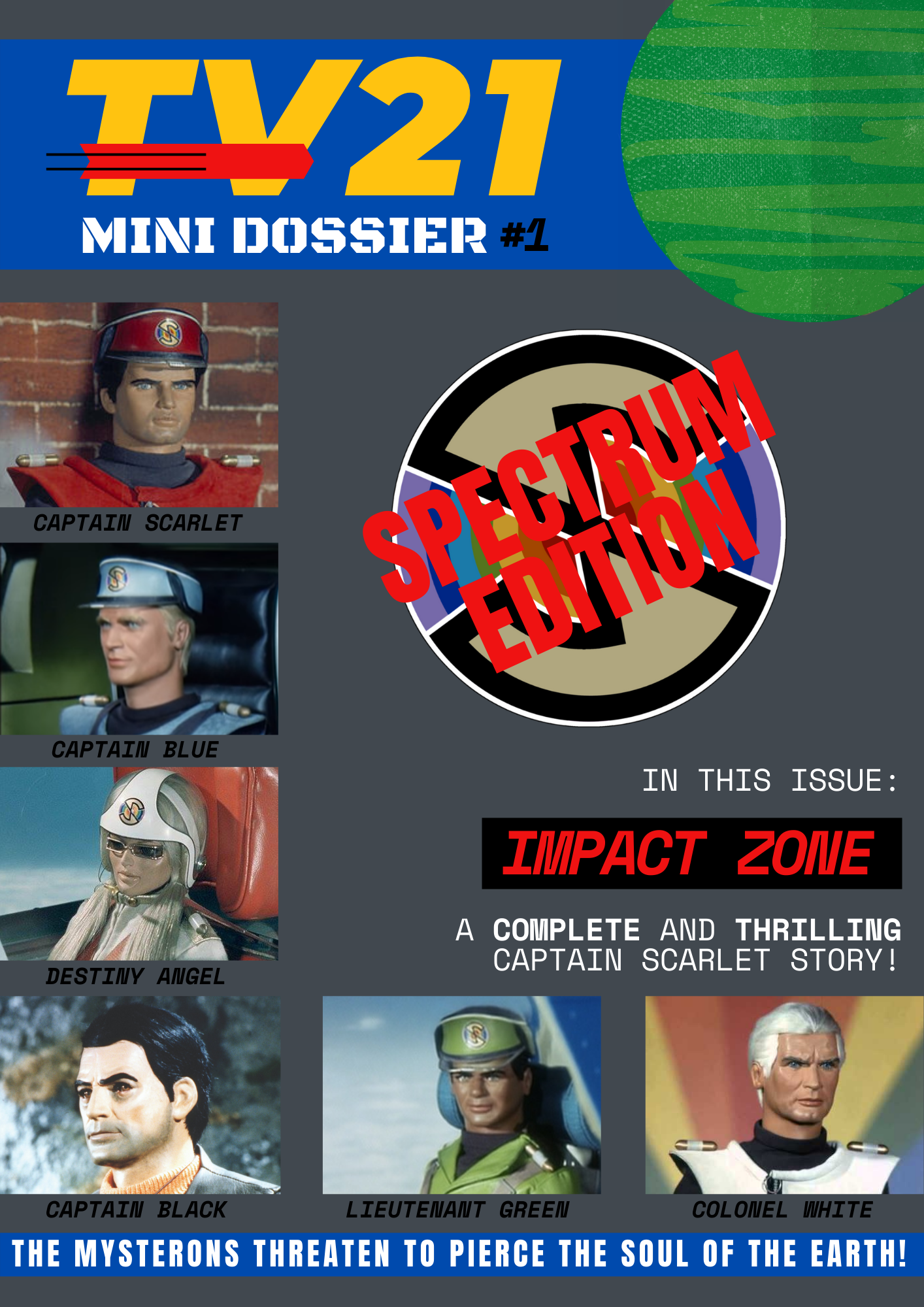 From the vaults of Unity City Press comes a “lost” TV21 special! TV21 Mini Dossier #1: Spectrum Edition (July 2021) was meant to be the start of several more TV21 Mini Dossiers. These special fanzines would have told unique, one-off stories that acted as companion pieces to the unmade TV21 Digital Dossier Vol. 5. Released in celebration of Captain Scarlet Day, enjoy this multi-part Captain Scarlet story in which the Mysterons unleash their deadliest threat yet!